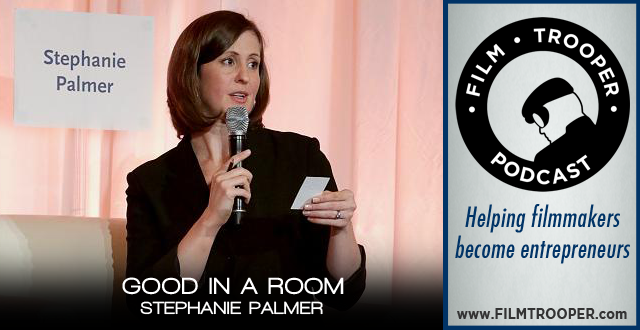 GOOD IN A ROOM, STEPHANIE PALMER ON THE FILM TROOPER PODCAST

In this episode, I interview former Director of Creative Affairs for MGM Studios, and now the founder of Good In A Room, Stephanie Palmer.  Stephanie teaches filmmakers and screenwriters how to prepare for any pitch meeting … and how to give yourself the best chances to succeed.

Stephanie has sat in over 3,000 pitch meetings and has been able to analyze why some pitches work and why most don’t … This is the insightful information that you want as a Film Trooper. 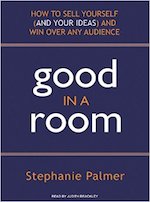 Good In A Room: How To Sell Yourself (And Your Ideas) And Win Over Any Audience

*This is an affiliate link

ITEMS MENTIONED IN THIS EPISODE:

•  The Business of Film Podcast with Stephanie Palmer

•  Stephanie Palmer’s Presentation at the Google Headquarters (See Below!)

Did you learn anything new from this interview?  Leave a comment below.