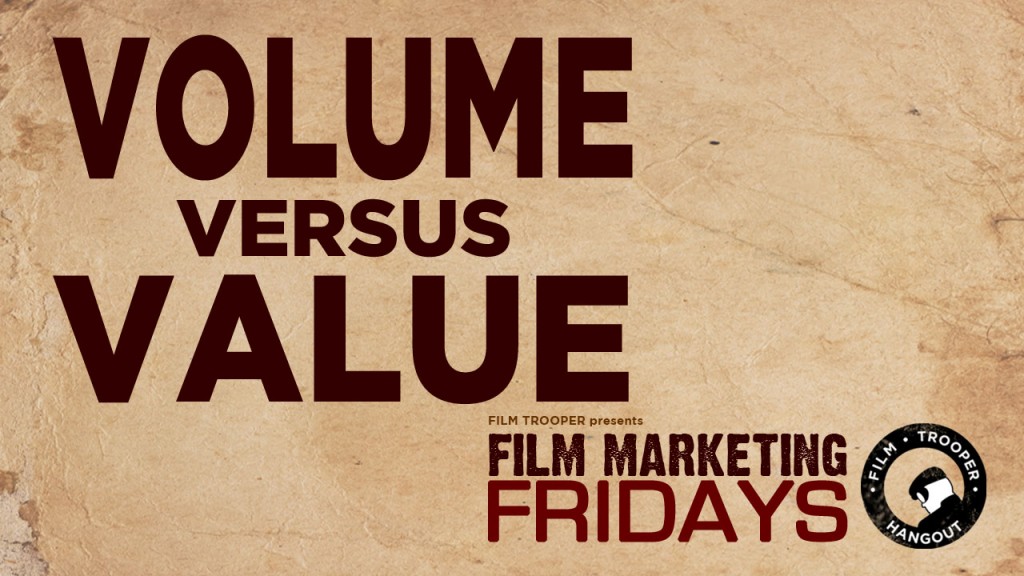 In this Film Marketing Friday, I explore why über indie filmmakers should play the “value” game and not the “volume” game.