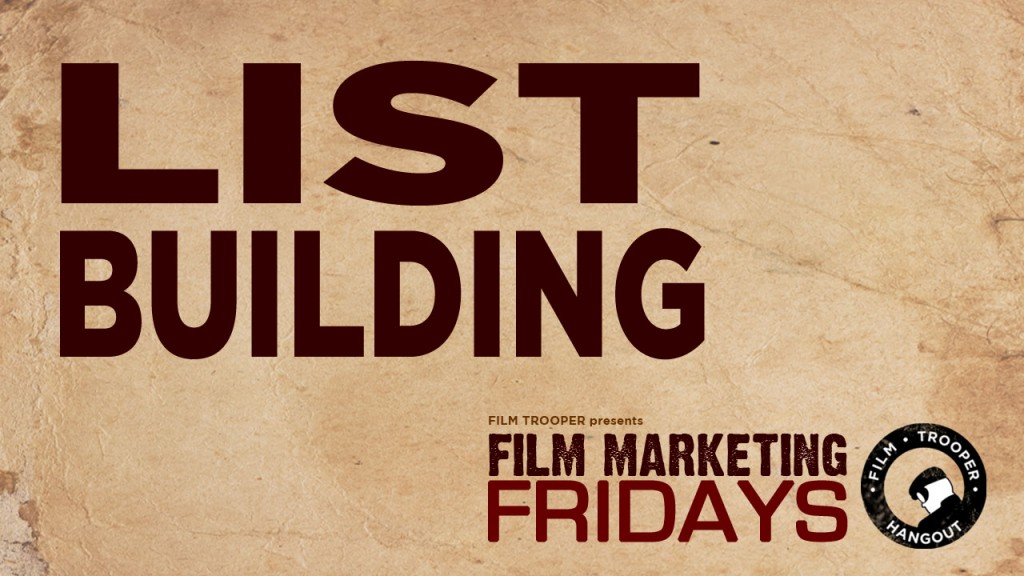 In this Film Marketing Friday, I discuss “List Building” and why it’s so important for the success of your film.

Posted in Podcast, Marketing and tagged business, marketing, indie, independent, film, entrepreneur, diy, film trooper
← 054: Helping You Align with Your Deepest Truths and Create Possibilities For Your Life From That Place, with Andy Drish of The Foundation056: A Real Film Trooper In Action, Animator Morr Meroz Explains →