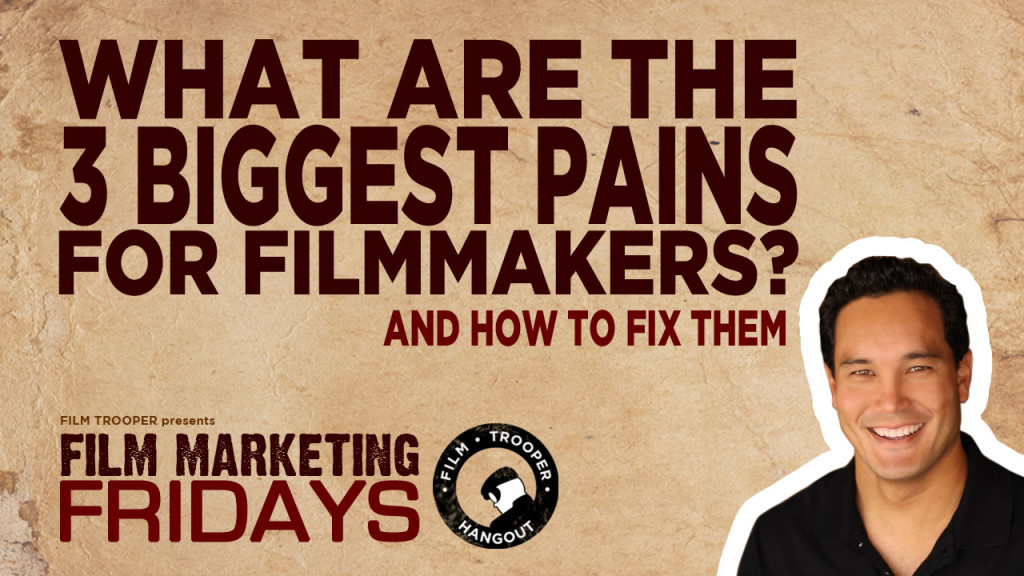 In this episode, I explore the 3 biggest pains that plague filmmakers and how we can fix them.

In celebration of the 100th episode, I asked the Film Trooper community to answer a simple survey.  The results from the survey uncovered 3 big pain points (other than money) that all filmmakers face today.

WHAT ARE THE 3 BIGGEST PAINS FOR FILMMAKERS?

Let's start with TIME ... Or better yet, TIME MANAGEMENT ... 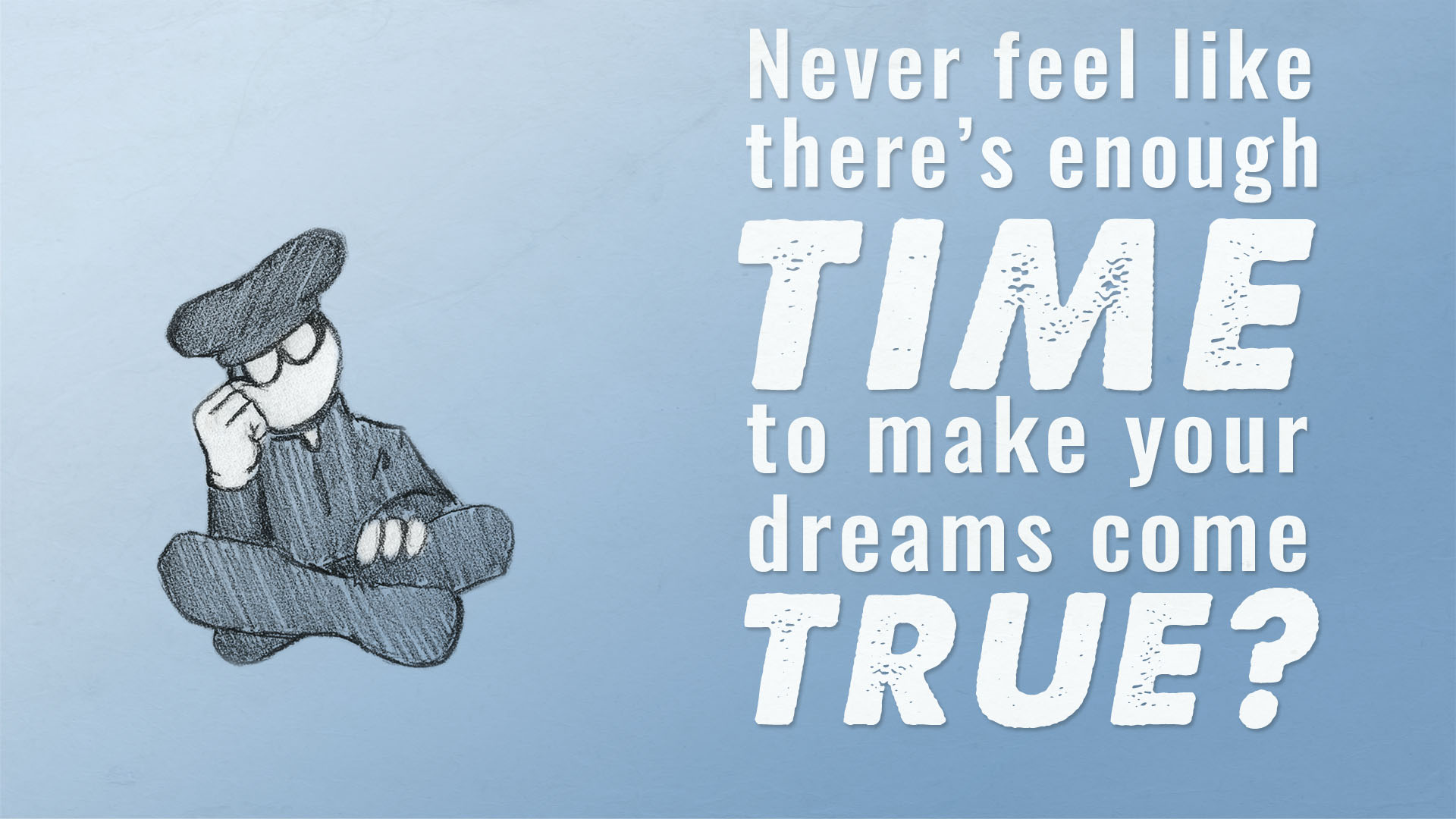 First thing we need to accept is that Time is CONSTANT.  So, how do you wrestle something that will always be what it is — CONSTANT?

What do DaVinci, Einstein, and Spielberg have in common?

They all operated and/or operate under the same 24 hours as we do.  Of course, they might have different access to resources and money … But, they can’t manage time any better than we can, because TIME IS UNMANAGEABLE.

WHAT DO YOU DO IF YOU CAN'T MANAGE TIME?

We manage the PSYCHOLOGY OF TIME.

In a TEDX TALK from Mike Vardy of Productivtyist Weekly, he discussed how to stop time.  He pointed out that in Vegas casinos there are no what?

The Casinos don’t want their patrons to know what time it is.  They want their customers to focus on the task.  The task of losing money or maybe, just maybe, winning a little bit of money 🙂

Another expert who really coined this concept of the PSYCHOLOGY OF TIME is David Allen, author of Getting Things Done.  I’m paraphrasing here, but Allen said, “Creatives need to have the time and space to be messy.”

If you want to listen to a great interview with David Allen, check out The Indie Film Academy Podcast, episode #27.

Getting back to the PSYCHOLOGY OF TIME, we can assess that we need to:

HOW DO YOU MANAGE THE PSYCHOLOGY OF YOUR SPACE?

I like to think of our space as getting into the ZONE.

Have you ever had moments when you were in the ZONE?  Was it when you were writing a script?  Editing a film?  Or playing outside as a kid until it got dark?

Doing anything where you obsess over a task ... STOPS TIME!  You don’t know where time goes.  It's a great feeling ... And a feeling that we're constantly striving for ...

Let’s get into the ZONE.

All the experts suggest that either every night before your go to bed, or the very first thing you do in the morning is to do a BRAIN DUMP.   Sounds disgusting.

The idea here is that you get all the thoughts that in your head out onto paper, or on your computer, or into your smartphone.

If you can imagine, waking up and writing down everything that is in your head onto paper — then it’s there in front of you as a tangible piece of data that you can deal with.

WHAT DO YOU DO WITH THIS TANGIBLE ASSET NOW?

Gather everything into buckets or folders.

We apply the FOUR D’s.

You'll have to decide which buckets have priority over other buckets, but within each bucket is a task.  Take each task, and decide to either:

Most of your task you can schedule it on a calendar.

Here's a tip from the experts ... If you have a task that can be completed in 5 minutes or less, then just DO IT.

If a task will take you longer than 15 minutes, then put it in on your calendar and schedule it.

Add space and time for the intangibles.

Meaning, crap always comes up that messes with your plans.  So, plan for it.  Try not to plan back to back meetings or tasks on your calendar without having some kind of padding in between.

During your gathering stage, look for ways to BATCH PROCESS.  When you have similar tasks that utilize the same brain ZONE, you'll be more efficient.

This lends to the concept that MULTITASKING doesn’t work.

In an article from Psychology Today, there is a simple exercise that you can perform that illustrates the ineffectiveness of multitasking.

How much time did it take to do the two tasks? Usually it’s about 20 seconds.

Time yourself and see what happens.  Your time probably doubled!  You may have made some errors and gotten frustrated since you had to “rethink” what the next letter would be and then the next number.

Multitasking is switchtasking ... and it's a waste of time!

On a film, we take our scripts and fill out a breakdown sheet.  Every little item in each scene is cataloged and categorized into sections such as cast, special effects, wardrobe, etc. 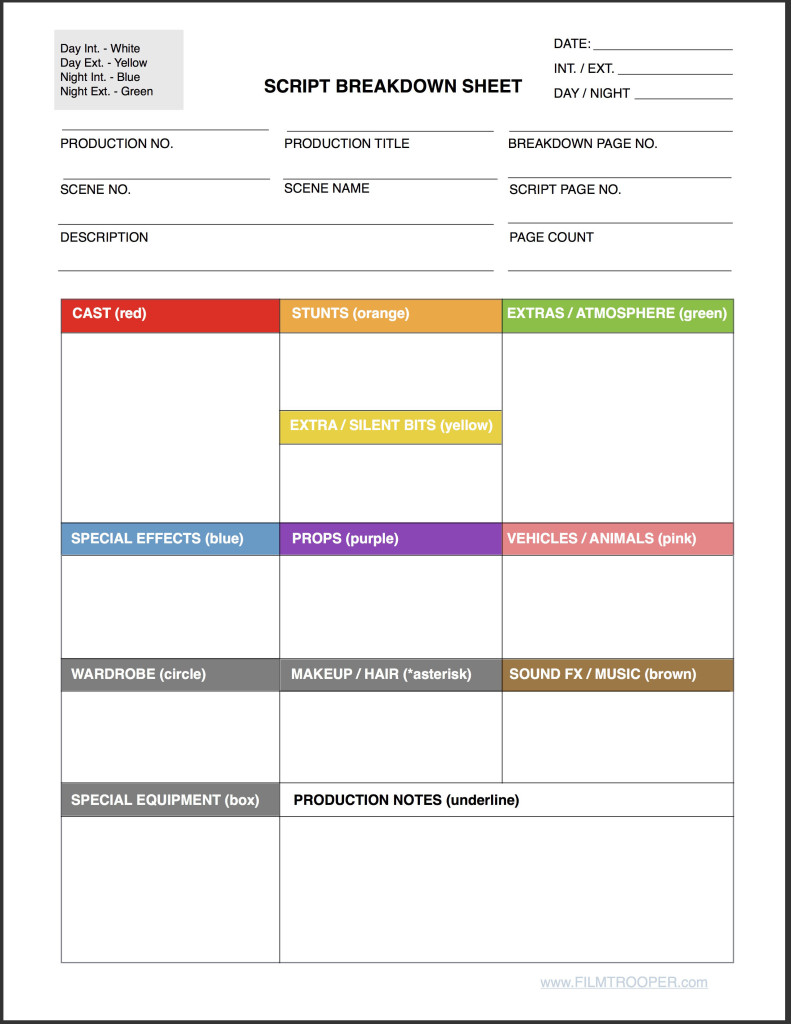 Then we take these breakdown sheets and make these into a stripboard for scheduling.  At this stage we can determine what our shooting days will look like. 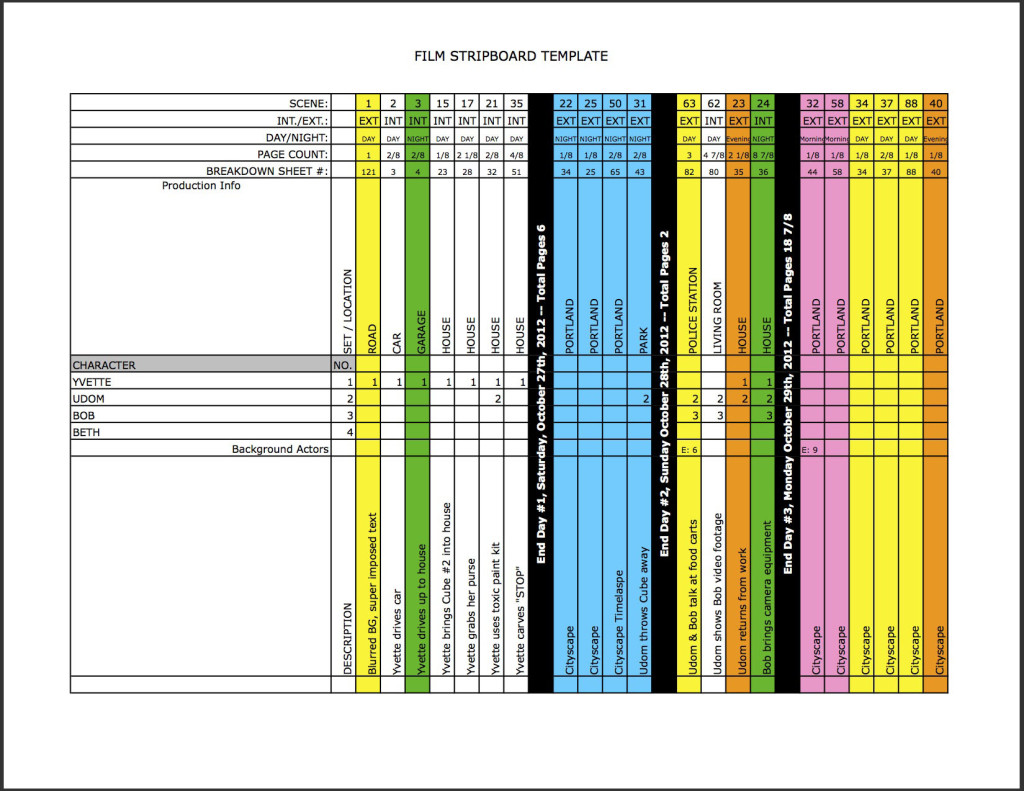 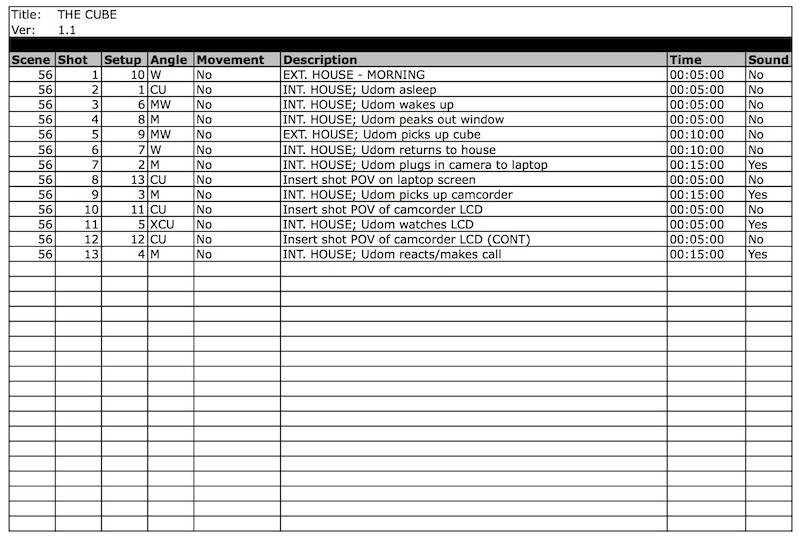 We execute a BRAIN DUMP for our films, then GATHER the DATA into tangible documents to apply the FOUR "D's" ... So, why not apply this to our daily lives?

Here’s an example of a calendar for a college student in this time management example: 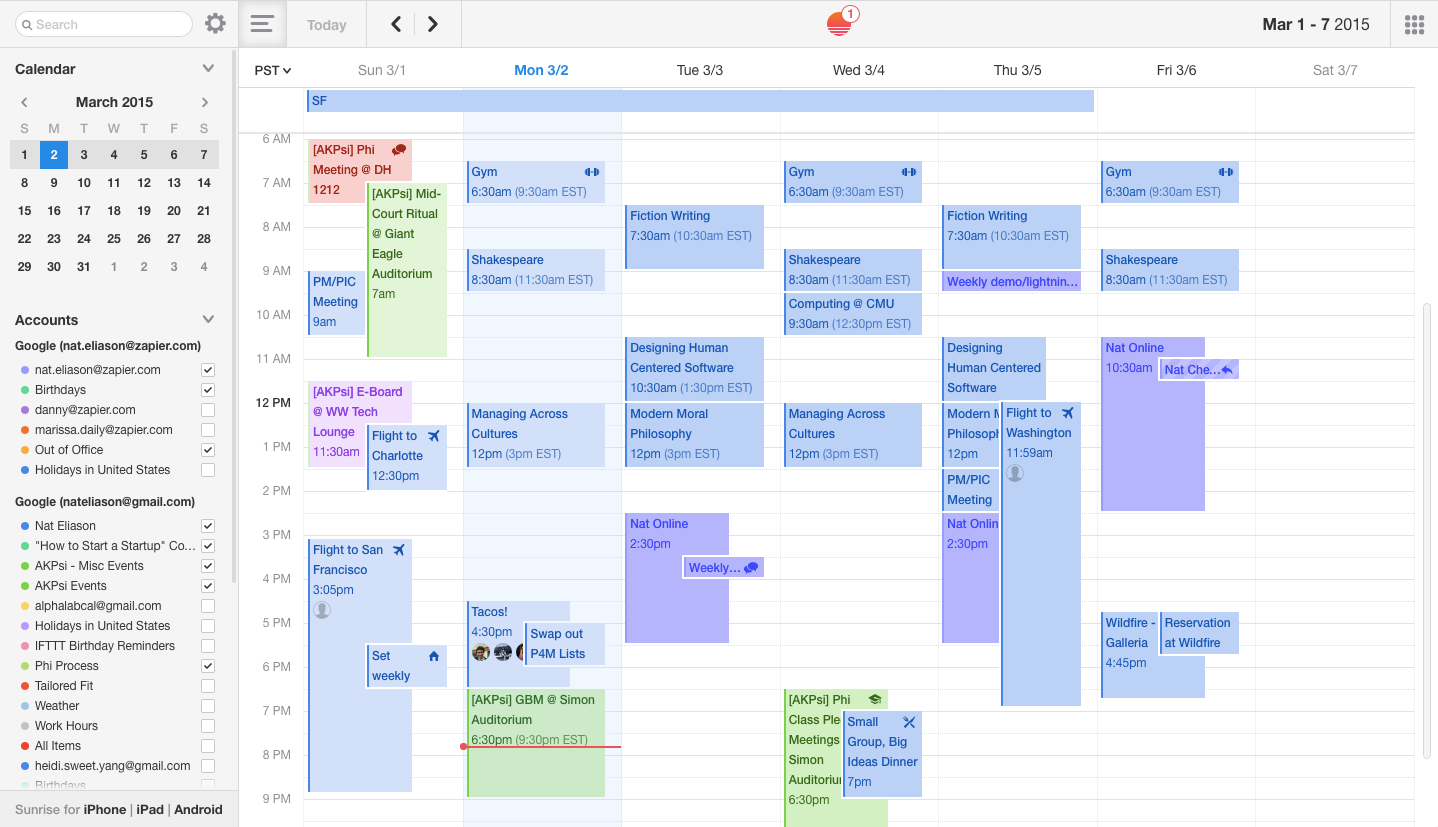 If you don’t want to do any scheduling …

And want to be messy with your creativity, then make sure you protect your creative space

And to focus on only one thing.

Or as Robert Kiyosaki, author of Rich Dad, Poor Dad, has said … FOCUS.  Follow One Course Until Successful. 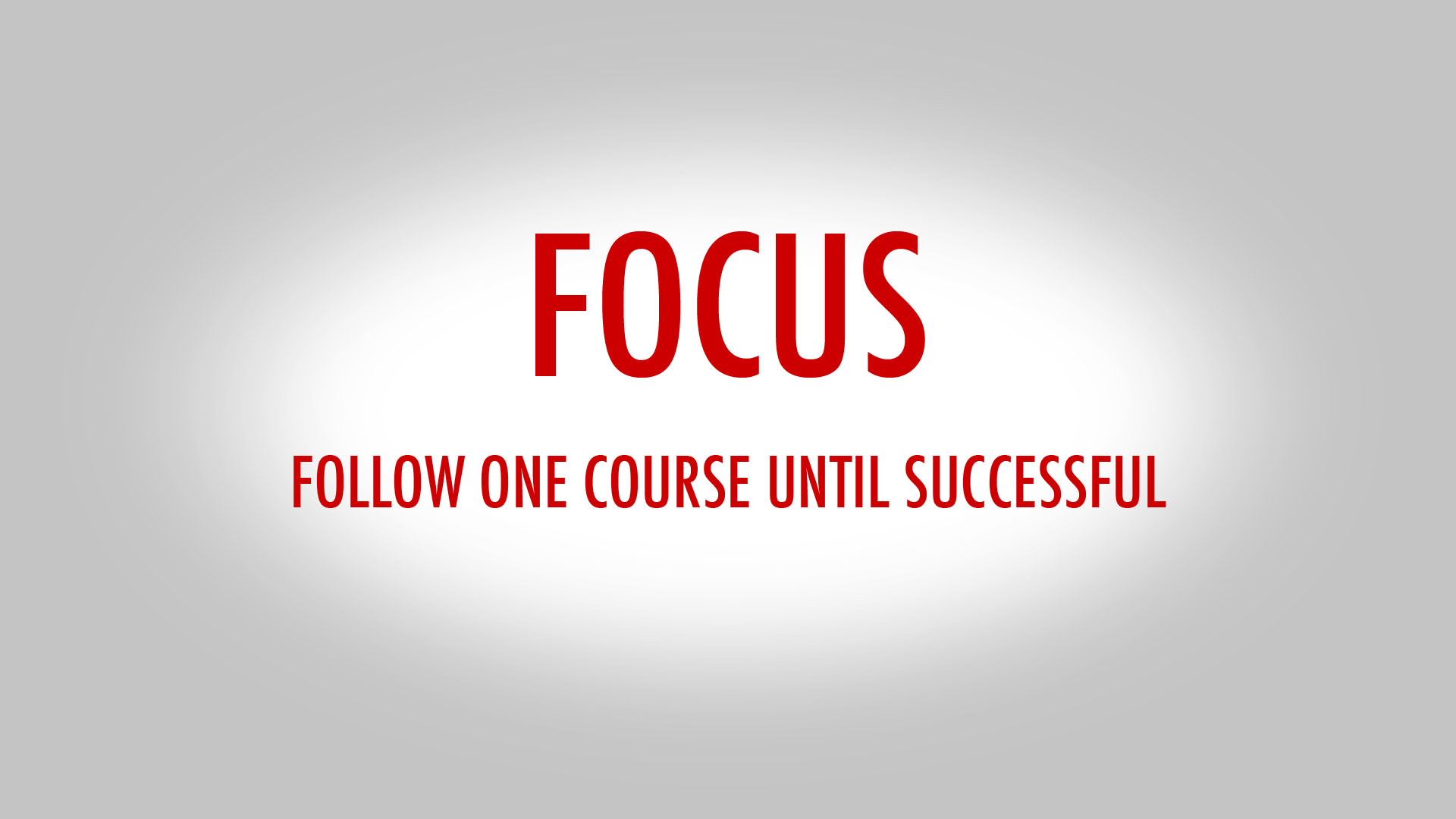 When in doubt, clear your mind ...

And decide what the one thing you want to accomplish ...

Turn off all access to a clock and get to work.  Finish the task.

So, when you find yourself saying, “I wish I had more time to work on my dreams.”  Try using these techniques.  See if you can control your psychological space to help you get that one thing done.

What about FANBASE and GOOD PEOPLE?

HOW DO YOU BUILD A FANBASE WHEN YOU HAVE NONE?

HOW DO YOU FIND A NETWORK OF TALENTED PEOPLE WHO DON'T SUCK AND WHO WON'T STAB YOU IN THE BACK?

I explore these questions in the video above ...

But all this information means nothing if we don't apply it.  Just as Bruce Lee tells us ... 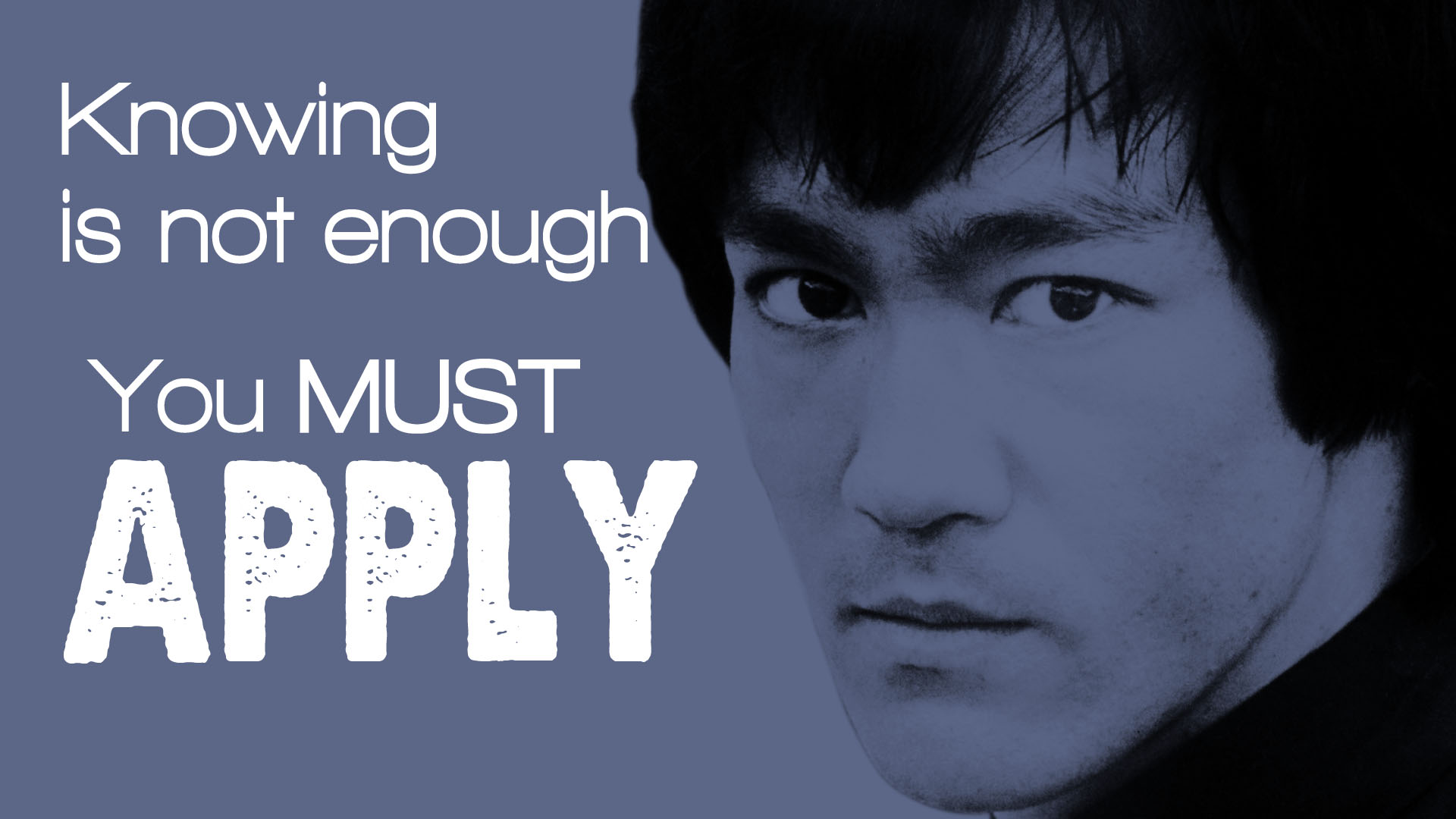