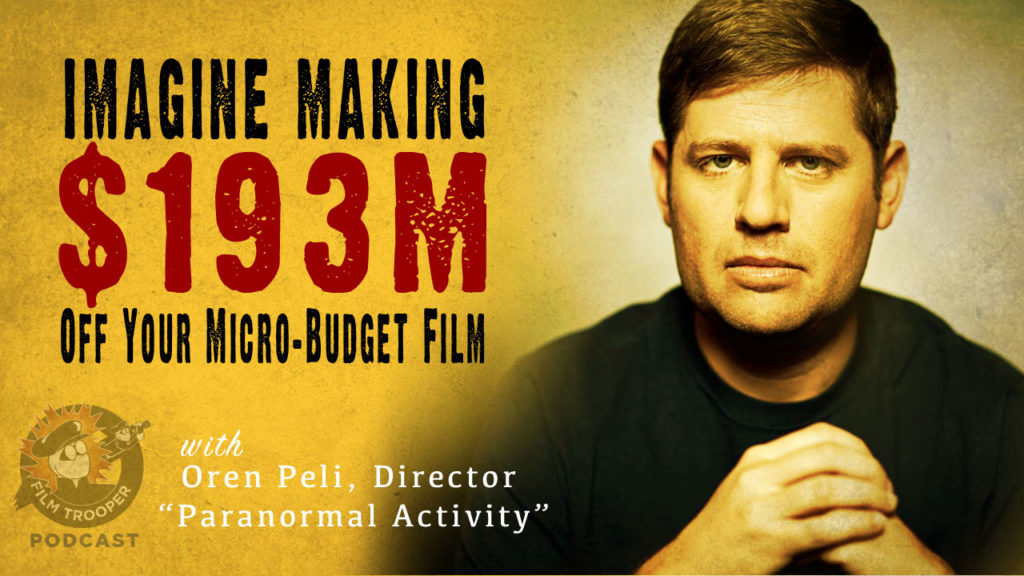 In this episode, I polish off an old interview and rebroadcast it for you.  Listen in as you get a detailed account of all the emotions and business steps that went into turning "Paranormal Activity" into a global phenomenon.

The Story Behind Paranormal Activity

In 2006, Oren Peli, a video game programmer, decided to make a horror movie in his part time.

As you'll hear in this latest podcast ... That's just the way he likes to operate.  Don't tell too many people what you're doing — just do it!

In an article from GameRadar+, back in 2009, they described Peli's efforts as:

And it was in 2006 itself that Peli finally decided to get moving on the movie project. He didn't have deep pockets, and he hadn't approached a studio for backing. He essentially decided to make the film at home, dredging up between $11,000 and $15,000 (reports differ on the budget) for a swift seven-day shoot.

"Basically the entire crew for the original shoot of the movie was myself, my best friend Amir that I've known since I was 13 and my girlfriend I was living with at the time, and she became a reluctant helper because we didn't have a set and were shooting the movie at home, but she did help a lot in every aspect of production. 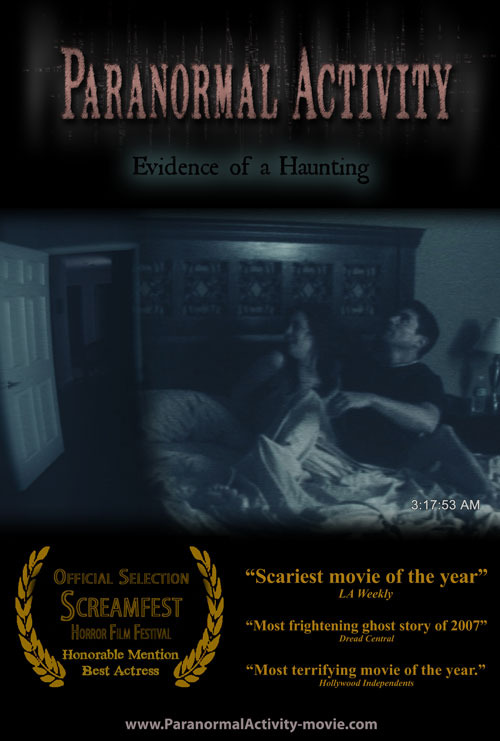 How Did Paranormal Activity Catch Fire?

How many filmmakers have made a micro-budget film for under $15,000 and entered that film into film festivals?

I'm guessing thousands ... You may even be one of those thousands?

How why did Paranormal Activity catch fire, while other films didn't?

You'll hear in this podcast episode, how Oren Peli made a film that left a small test audience feeling uneasy.  In a good way!

That initial feedback gave him the confidence to submit to Los Angeles's ScreamFest.

Peli entered his film into a specific film festival that specialized in horror.  Are you entering your film into festivals that don't have a concentrated audience for your film's genre?

What happened at the festival?  It won an award (of sorts).

Winning an award is always a good start ... but what happens after? 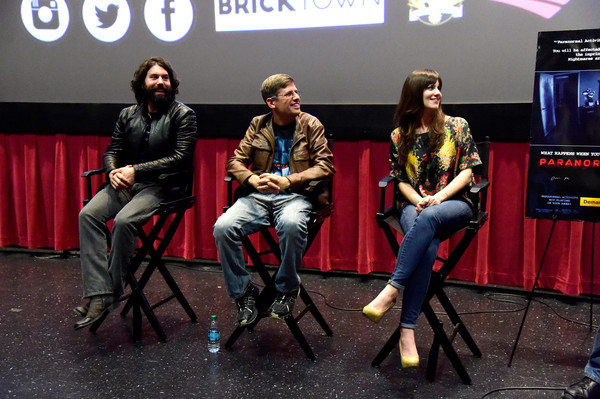 Did Luck Play a Factor in Paranormal Activity's Success?

After the honorable mention award from ScreamFest, a kid working in the mail room at Creative Arts Agency (CAA) saw Paranormal Activity and enthusiastically recommended it within his circle of influence.

Because "The Blair Witch Project" had proven astronomical success back in 1999, Hollywood was on the lookout for the next Blair Witch to possibly repeat the success.

Sometimes luck plays a factor in all great success stories ... Paranormal Activity is no exception, as you'll hear in this podcast episode.

But at the same time, Oren Peli had created a product that created engagement with the right influencers.

In most successful business stories, you'll discover how being connected to the "right" influencers can make or break a product's success.

Paranormal Activity brought forth the right kinds of influencers to help this project move forward.

Are you positioning your film to be seen by the "right" influencers?

What Would It Feel Like To Make $193M Off Your Micro-Budget Film?

As Oren Peli partnered with the "right" agent, who introduced Peli to ...

The "right" producing partners, a then unknown Jason Blum, who took Paranormal Activity out to his contacts at DreamWorks ...

Who needed to have Steven Spielberg watch the film at home before making a final decision ...

And to discover that Spielberg couldn't finish watching Paranormal Activity because something bizarre happened in his home that scared him from finishing the film at home ...

Then having the DreamWorks deal fall apart, only to have Paramount step in to finish the deal ...

Can you imagine dealing with all of this over the course of a year and a half ...

And not getting paid for anything, just a golden carrot dangling in front of you, and the threat of losing your full time job in the process?

How would you emotionally handle all of this?

And when things finally became real, and the movie was released to the world ... and the box office numbers came back ...

How would you feel?

Listen into the podcast to hear Oren Peli share his story, blow-by-blow, of what it really took to make Paranormal Activity the global phenomenon it became!

I purposely did not ask questions of Oren that had already been asked of him.  Here is a collection of links that give more details of what it took to launch the Paranormal Activity franchise, as well as, his other productions such as The River and Insidious.

Get even more from Oren Peli at:

Paranormal Activity Tears a Page from the Blair Witch Playbook

Can the Business World Learn from On-Screen Horror?