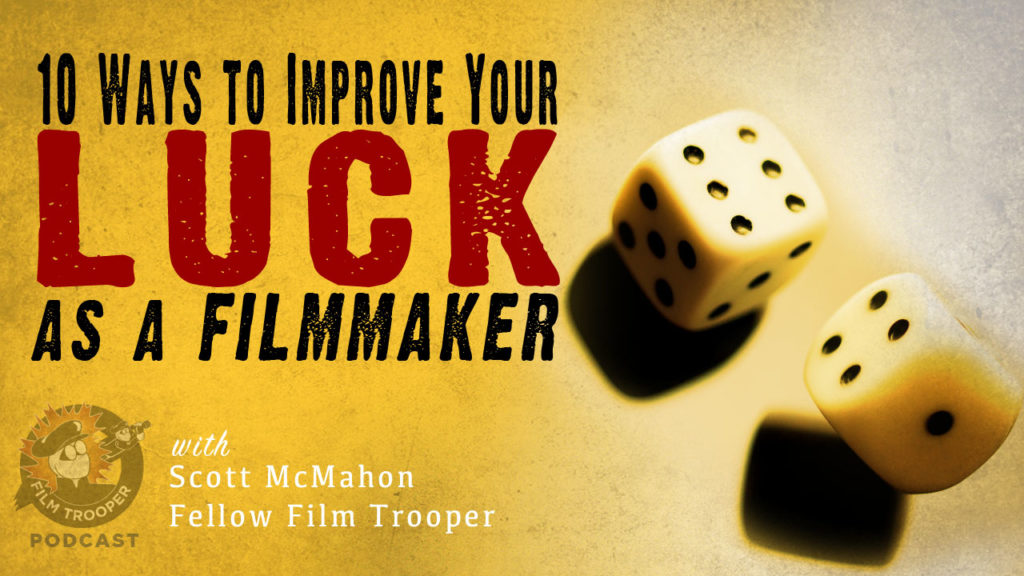 [Podcast] 10 Ways to Improve Your Luck as a Filmmaker

In this episode, I explore 10 ways a filmmaker can increase their luck.

Being a podcaster myself, I am also a podcast fan.  One of my favorite podcast shows is StarTalk Radio with Astrophysicist and Hayden Planetarium director Neil deGrasse Tyson.

The StarTalk brand just launched a new podcast series called, Playing with Science, which they explore the science behind the most iconic moments in sports.

For their first episode, they focused on the science of "The Immaculate Reception."  If you're not familiar with this iconic moment in American Football history ... well, it would appear that a lot of luck was a part of it.

Take a look at the video here:

Do scientists believe in LUCK?

In the podcast, Playing with Science, you may be surprised to hear that almost all scientists interviewed ... say there is no such thing as LUCK.

If not LUCK, then what is it?

LUCK, as we come to understand it is really the layman's term for ... LOW PROBABILITY

Scientists believe that these rare circumstances are due to the low probability that it could happen.

In the video above, you can hear the experts talk about how so many things had to line up for that play to even happen.

With this knowledge and understanding, we can work with "probability" ...

Here are 10 ways to increase your probability ...

As you just read, most scientists don't believe in LUCK.  They determine that it's really "low probability".

The first thing to do is to embrace the understanding of "probability".

So, the next question is to ask yourself, "How do I increase my probability as a filmmaker?"

Do you want to be a famous Hollywood director?  Someone who has a signature vision to their films?

One way to "increase your probability" of reaching this goal is to develop a very unique and strong vision for your films.

Simply making another action or horror film won't be enough.  Your work has to stand out from the crowd to say, "Hey world, this is different ... I'm different." 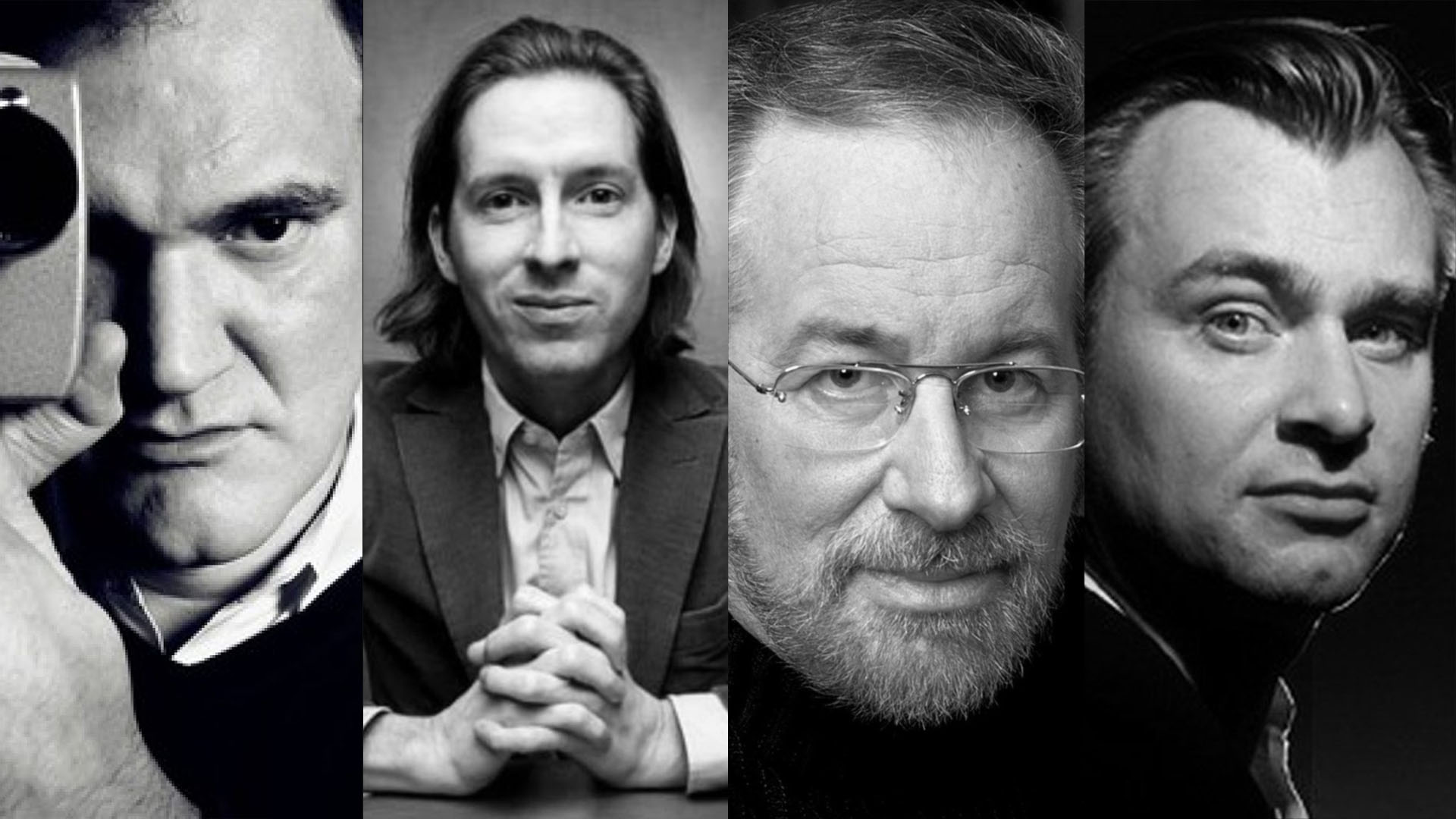 If we could take the same script and hand it over to Quentin Tarantino, Wes Anderson, Steven Spielberg, and Christopher Nolan ... we'd get 4 very different movies.  That's because each of these directors has a unique voice and vision for their films.

The danger for many indie filmmakers is that we're making the same type of film that Hollywood already produces ... but they do it so much better.  To rattle the cage, and to "increase our probability" of getting noticed, we have to develop our own unique voices and vision of the world.

To increase your probability of becoming a director that Hollywood notices ... develop a unique voice and vision.

Do you want to work as an episodic streaming or TV director?

If you trace the stories of how many directors got the job working as an episodic streaming or TV director, you'll find that many of them worked their way up in the industry.

But first, you have to be in the arena before you can even play the game!

A lot of episodic directors were originally cinematographers ...

A lot of episodic directors were former actors ...

A lot of episodic directors were assistants ...

A lot of episodic directors were noticed at a film festival ...

To increase your probability, you need to be in the same arena where they are hiring these types of directors.  To begin with, you may need to start working in either New York, London, or Los Angeles.

You need to be visible to influential producers of episodic content.  Prove your worth as a talented and hard-working director of photography ...

Or an assistant that moves up to through the producing ranks ...

Or find representation as a director when your film performs well during the festival circuit ...

Any one of these scenarios gives you a better shot at getting hired for those high-profile episodic shows.

To increase your probability of becoming an episodic director ... fight your way into the arena.

4. Want to Change the World?

Do you have dreams of making documentary films that change the world?

You can increase your probability of making this change if you partner up with organizations that are already fighting for change you want.

This should be a much lower barrier of entry than trying to become a director in Hollywood.

You can increase your probability by offering your talents as a filmmaker.  With the organization behind you — you add leverage to the desirability for your film.

To increase your probability of becoming an impactful documentary filmmaker ... partner up with those already making the change.

It's not what you know, but it's who you know that matters.

The classic saying is important — because it's true!

When you scratch your head and wonder how certain people get the directing jobs over you ... A lot of the time, the deciding factor is because that director knew the producers better than you.

You can increase your probability of getting those kinds of jobs if you can get to know the right influencers.

Networking is vital ... but utterly useless if you don't deliver the goods when the time comes.

To increase your probability of getting hired for those dream gigs ... learn to network and build lasting relationships with the right people.

In Hollywood, it's a given that at every industry party or event ... everyone is there for themselves.

Being self-absorbed is a prerequisite.

It's common to boast about all the amazing projects you're working on.  It's very hard to date in that town because everyone is working on building their careers.  The film, La La Land, perfectly sums up this dilemma.

You can increase your probability of getting people to help you ... if you help them first.

When everyone is completely self-absorbed in their own projects ... and you offer to help.  You'll be a godsend.

Be helpful before asking for help.

To increase your probability of having someone of influence help you ... you must first help them.

7. Don't Want to Work in Hollywood?

You may be in a situation where you don't want to live in Los Angeles and you'd rather make films independently of Hollywood.

If that's the case, then it's important to clearly define what success means to you.

Since you'll be truly independent, then there are no rules in what success will look like for you.

You can increase your probability of independent success by simply changing the definition of success for your situation.

To increase your probability of achieving independent success ... clearly redefine what success means to you.

8. Too Old to be an Assistant?

As mentioned earlier, if you want to achieve success in the Hollywood ranks, you may need to work your way up through the ranks as an assistant to the eventual director.

Many of us are too old to start at the bottom and work our way up the ladder.

So, what can you do instead?

Noah Oppenheim, the screenwriter for the Natalie Portman film, "Jackie" had this dilemma.   Oppenheim made a career in the unscripted television (reality TV) space.  But he wanted to work in feature films.

He knew he was too old to work his way up from an assistant, so he had to resort to another way in ... write something.

Simply put, if you want to break into the world of Hollywood ... write something.

What is the Black List?  In 2005, Franklin Leonard surveyed almost 100 film industry development executives about their favorite scripts from that year that had not been made as feature films.  This list eventually became known as the Black List.

Back to Oppenheim's story.  After landing on the Black List, he was contracted to write the "Maze Runner" scripts.

To increase your probability of breaking into the Hollywood ranks ... write something.

Want to be an actor?  Identify and connect with those people you deem as the most talented.

Before Jonah Hill was a star, he saw a short film by the Duplass Brothers called, "This is John".  After the screening of this 7-minute film, Jonah Hill exclaimed his enthusiasm for wanting to work with the brothers on anything.

It was years later before they could actually work together, but this type of effort is what can increase your probability.

If you're in film school, then there's a good chance that at least one of your colleagues will make a break in the business.  The film composer for La La Land was the director's roommate in college.

Want to be a writer?  Just keep writing.  One script won’t cut it.  Increase your probability of success by having at least 3 scripts written in the genre you love the most.

Bottom line, just keep making stuff ... You can't increase your probability if you don't have anything to show.

And lastly ... learn to take rejection — all you need is one YES!

To increase your probability of moving forward with your career is to keep creating ... and accept rejection until you get the one YES!

As you continue to put yourself in situations where you increase your probability of success, more opportunities will present themselves.

One of the cardinal sins in any form of business is the failure to FOLLOW UP ...

How many people have you met in your past that you hear later on made a break in the industry?  You might think to yourself, "I remember that guy."  By that time it's too late.  If you reach out, you look like a leech trying to suck off their success.

However ... Imagine if you had followed up on a regular basis with no agenda?  When that person had the break, you'd be in a much better position to deliver an earnest congratulation ... and who knows?  You could increase the probability of working on a project together.

To increase your probability of success ... consistently follow up with other people who are working in the industry.

As you move through your filmmaking career, try and ask yourself ...

"What can I do now to increase the probability of achieving my goals?"

When you actively ask this of yourself, you're not counting on LUCK to play a role.  You're working towards increasing the probability of the eventual ... your success as a filmmaker.

Was this podcast and article helpful?