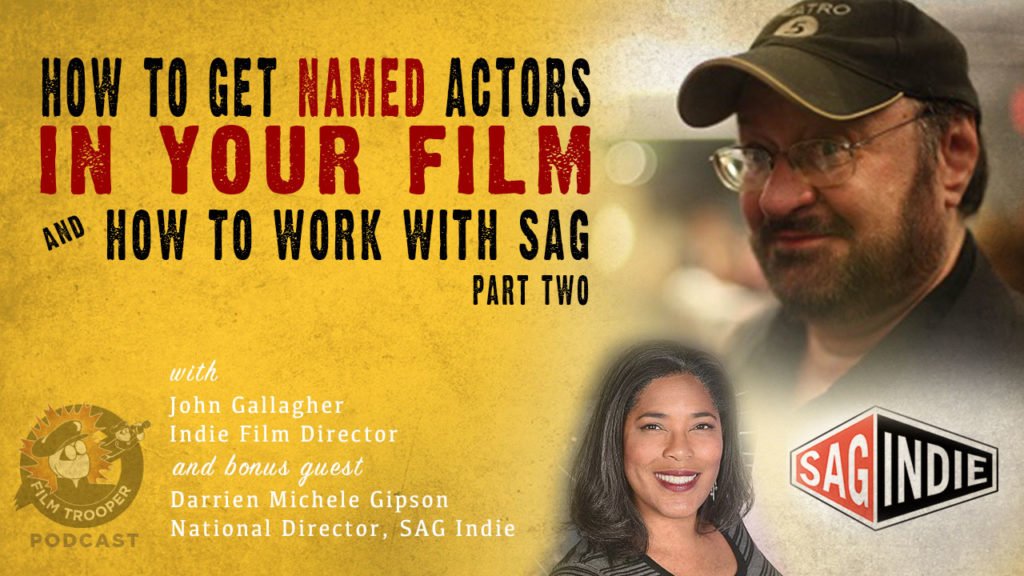 In this episode, we continue our series on how to get a named actor in your indie film and how to work with the Screen Actors Guild (SAG). Our two featured guests are New York's indie film director, John Gallagher, and Darrien Michele Gipson, National Director of SAG Indie.

What is the correct way to get a named actor in your film?

The history of independent filmmaking is riddled with a collection of crazy stories of how producers were able to land "named" talent.

In the end, it's no big secret.  If you have money, you can get a quality named actor in your film.

If you only have a little bit of seed money, maybe the first thing to do is to hire a casting director.

In the second part of this podcast series on "How to get a name actor in your film and how to work with SAG", you'll hear from famed New York indie film director, John Gallagher, explain that working with a casting director is the first step in landing that named actor.

THE NETWORKER Teaser from Alexander Yew on Vimeo.

Making a career out of indie film ...

Many filmmakers want to know how to carve out a career where they get to make their movies.  John Gallagher is someone who has done that.

Who is John Gallagher?

Taken from his bio section on his last film, "The Networker" ...

John Gallagher is a New York City-based filmmaker, a fixture on the New York scene for 30 years as a director, writer, producer, author, historian and educator, with a wide range of international filmmaking resources and relationships, and a highly regarded, encyclopedic knowledge of films and filmmaking. His track record is especially strong in discovering and mentoring new talent, both in front of and behind the camera. Among the actors John has worked with in debut or significant early roles are John Leguizamo, Amanda Peet, Zach Braff, Michael Imperioli, Gretchen Mol, Matthew Lillard, Vincent Pastore, Heather Matarazzo, and Denis Leary. In the past four years, ten features and eighteen shorts have been produced under his 305 Media Group banner. 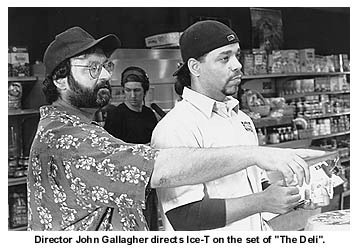 Benefits of working with a casting director ...

As you'll hear in the podcast episode, John explains that a good casting director will have a good idea of which actors are "up and comers".

Why does this matter?

When you can get a quality actor on the rise of their career, your film may benefit later down the line.  Audiences will seek out past work of an actor they admire.

In addition, you'll be able to claim that you cast them in your film before they were a star.  You can use that leverage for future projects, especially when it comes time to talk with the money people.

There is more valuable information that John shares with us.  Click here to listen to the FULL INTERVIEW. 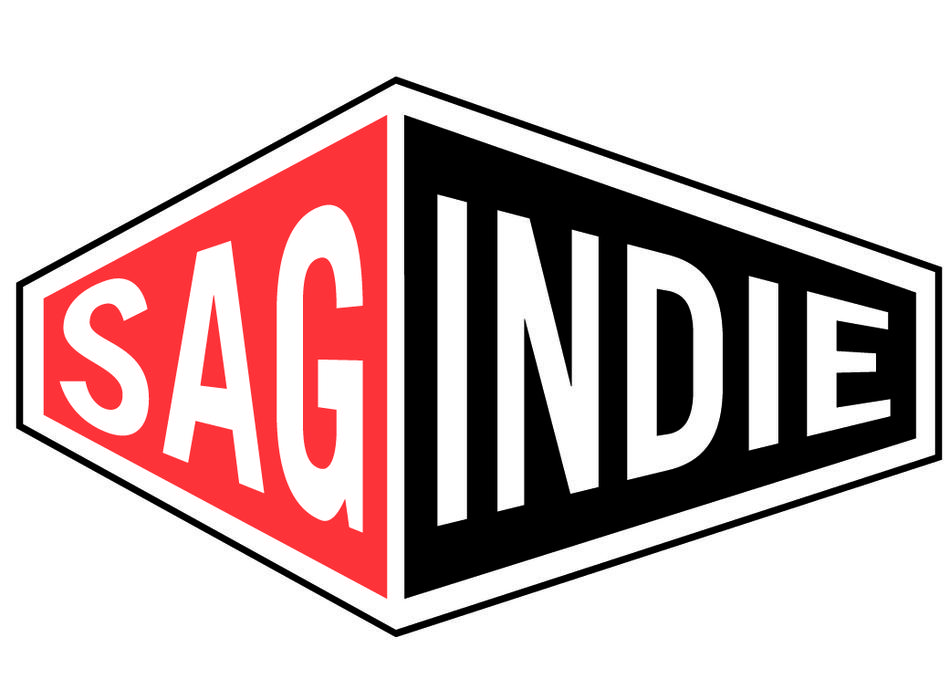 If you plan on going down this route for your indie film, you'll no doubt be working with the Screen Actors Guild (SAG).

Many times when you have questions about how to work with SAG for your indie film, you'll be directed to SAG Indie.

SAG Indie is not officially affiliated with SAG/AFTRA.  SAG Indie is actually a private organization formed to assist independent filmmakers to navigate the terrain of SAG/AFTRA.

You're in luck!  Our bonus guest in this special episode is the National Director of SAG Indie, Darrien Michele Gipson.

Darrien breaks down how SAG Indie helps filmmakers prepare their projects to have the best experience when working with SAG/AFTRA.

There is a ton of useful and valuable information that Darrien shares in this episode.

She mentions that SAG Indie holds ongoing workshops, so be sure to check when the latest one is coming your way:

To contact Darrien for more questions, go to:  http://www.sagindie.org/about/staff/

Posted in Podcast and tagged film, entrepreneur, film marketing, diy, film trooper, business, marketing, indie, hollywood, screenwriting, portland, oregon
← 138: How To Get A Named Actor In Your Film and How To Work With SAG (part 1)140: Filmmakers & Actors: Working a Full-Time Job While Pursuing Your Dream →