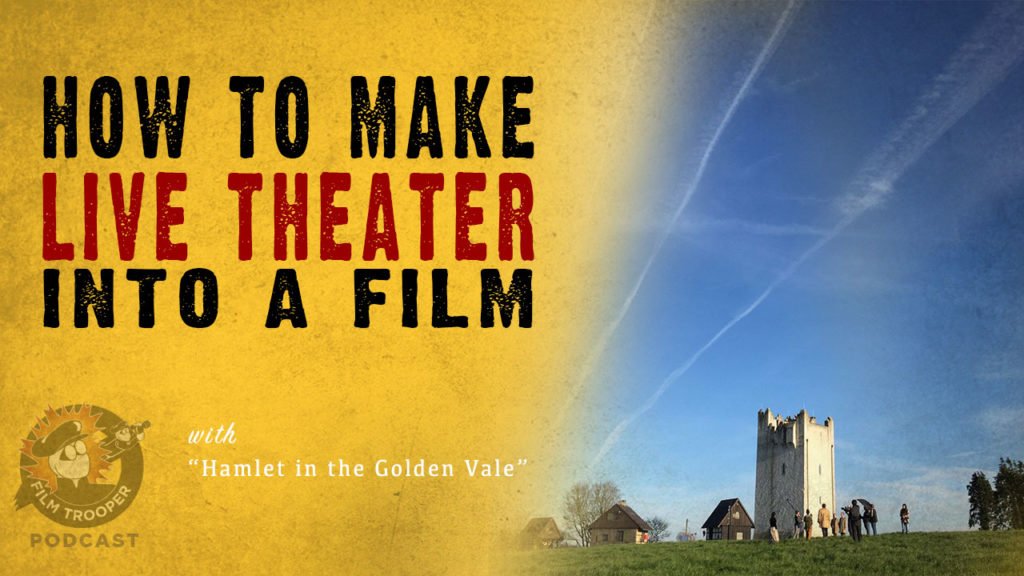 [Podcast] How To Make Live Theater Into A Film

In this episode,Ron Newcomb, founder of the VIP Film Summit, was able to sit down with two of the producers from "Hamelt in the Golden Vale" and speak about using a public domain written Shakesperean masterpiece, as well as taking live theater and turning it into a film all the while doing it in Ireland.

Hamlet In The Golden Vale

In the spring, Roll The Bones - a New York-based theater company specializing in large-scale immersive shows - took a team of Sleep No More and Sundance alums to a five-hundred-year-old castle in Co. Tipperary, Ireland. Over the course of three weeks, a feature film emerged - the story of eight actors living in close quarters, immersed in the world of Hamlet.

In addition to the feature, the team also tackled a 360 Virtual Reality experience with production support from The National Theatre's'Immersive Storytelling Studio' and two onsite immersive performances for the surrounding community. Out of this threefold creative endeavor comes an adaptation which lives at the intersection of, and blurs the lines between, theatre and cinema.

The film is scheduled to premiere on the 2018 international film festival circuit.

The Goal:  To put you in the best position to secure a Manager/Agent for your Writing or Directing, to find an experienced Producing Partner OR to help connect you with Investors.

Posted in Podcast
← 145: What I Learned From My Hiatus From Film Trooper (Part 1)148: Discussing Story and A Well Written Script →