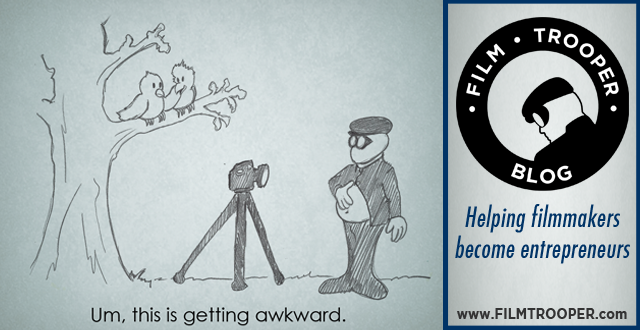 Yes, I made a feature film for $500 with no crew. It’s called The Cube. You can check out the link for the trailer and even watch the first 7-minutes of the film for free! www.thecubemovie.com

Any-hoo-hoo. Is this even a big deal anymore? Making a feature film for no money? Maybe, who knows? If you want to know what The Cube is about you can check out the synopsis page here: THE CUBE SYNOPSIS.

But really, who cares what my film is about. Whenever I’ve been to a film festival, majority of the questions that the audience has for the filmmakers has nothing to do with what the film is about. The questions are about, how much was the budget? How did you get the financing? What did you shoot on? And so on.

There is a great fascination of how things are made. I can’t blame anyone I feel the same way. Hell, it’s taken me years to understand how the whole thing works, and yet the industry is changing so fast, I still don’t know anything. Isn’t that what the infamous screenwriter, William Goldman said, “Nobody knows anything”. It’s still true.

Okay, I claim that I made a feature film for $500 and no crew. Well, to do that you need the following things to happen. Here’s a list (Don’t we love lists on blogs?)

GUIDE TO MAKING A NO-BUDGET FILM WITH NO CREW

I’ll go into more detail of each aspect that I went through in order to get this little movie completed, but in the meantime, please check out the first 7-minutes of the film and see for yourself how it looks so far. Actually, do it now – and leave a positive comment in the comment section. I need your help in knowing if what I’m doing is worth anything. I need outside approval … I’ve been married too long and need a little love from strangers. Tee-hee (Nigahiga fans? Anyone?)

I plan on releasing the film on Vimeo On Demand in the next few weeks, so let’s see if a little film made for nothing can actually make a little dent in the market. Okay, that’s it for this blog post. It’s time for you to get out there and make a no budget movie 🙂