Here is the gear I used to make my feature film with no crew.  Yep, no crew.  The feature film is called THE CUBE, you're more than welcome to check out the trailer and first 7-minutes of the film for free to judge for yourself whether or not this gear was worth it 🙂

*Full disclosure.  Film Trooper provides Amazon affiliate links on this resource page.  If you choose to purchase any items from this list, please know that Film Trooper will receive a little bitty bit of earnings for sending you to Amazon.  Cool thing is that you will NOT be charged any extra, it's just an affiliate commission for sending peeps like you to Amazon.  Every little bit helps and we thank you 🙂 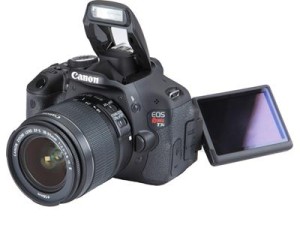 This DSLR camera can record HD 1080p at 24 f/s onto a H264 codec.  Good enough for indie filmmaking meant for distribution online or on a large screen television.

Four major reasons why this camera was perfect for a no crew setup.

It was important to find a lightweight tripod with a fluid head swivel base that was just large enough for the Canon T3i.  And it came with a portable travel case, perfect for the backpack filmmaking production.

You can never have enough backup batteries.  So be sure to have these in your stash for an all day shoot.  Wasabi makes an inexpensive package for the Canon cameras.

This is great for wide and medium shots.  Having a zoom lens allows you to quickly setup shots in tight quarters.  The "f" represents the f-stop, so the lower the number like a 1.2 or 2.8 means more light can get into the lens, rather than a higher number like a 4.5 or 5.6.  The lower the f-stop the higher the price.

This is the “go to” lens for all indie DSLR films.  This gem of a lens creates a shallow depth of field, creating that “filmic” look that has revolutionized the indie film scene.

This lens usually comes standard with the Canon Rebel T3i, but in case you buy just the camera body and need an inexpensive lens that will give you the wide shots and the sweet depth of field, you might want to go with this lens.  Just be warned that you’ll need a lot of light to make this lens look good.

I needed to grab a few long shots, so I had to use this inexpensive lens that came with my T3i package.  Again, the high f-stop of 4.0-5.6, I needed to shoot outdoors to maximize the lighting as much as possible.

Make sure you pick up some basic screw-on filters to protect and enhance your lenses and shots. 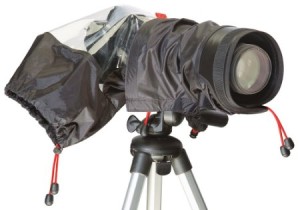 I live in Portland, Oregon, which means it rains up here ... it rains a lot.  So, I had to be prepared for the elements. 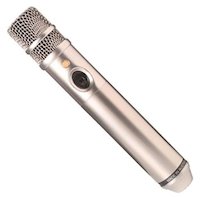 I was able to pick this microphone up online used for a fraction of the cost.  It does a good job of picking up all the sound in a room when you have several actors doing their thang.  I just popped it onto a boom mic stand and set it off camera.  Ideal?  No.

What I should have done was at least bought a shock mount for the microphone.  Instead I just held it with a regular old mic clip.  Why a shock mount?  Well, for the simple reason, that by not having one, I was picking up all the deep bass sound of footsteps as we actors were walking around.  More work in post … errgghhh. 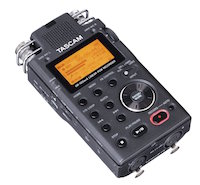 You have stick the microphone into some audio recording device.  I chose to go with the Tascam DR-100.  Lots of filmmakers go with the Zoom H4N Multi Channel Recorder, so it's up to you which you think would work best.

Like I said, I should have gotten one of these for my "no crew" film.

At the very end of production, I finally started to use these portable audio recorders.  What's so great about these little guys is they can be hidden on each actor.  It requires no wireless signal to record, so there would be no interference, like I had with one set of RF/VHF wireless lavalieres that was used for one scene.  Not good.  Should have used these guys more often.

The only way to really use the Zoom HN1 is to pair it with these small battery powered lavalieres. 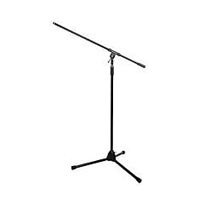 Not only did I use these stands for the Rhode NT3, but I used it as my stand-in.  On shots were I was alone, I still needed to have a marker or say, a stand-in to approximate where I would be standing so I could focus the camera.  I hit the record button, remove the boom stand off screen and acted … and I acted hard 😉

Sometimes we forget about the most simplest things.  But we need them thar cables, right? 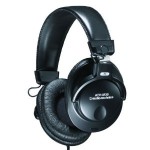 It’s still good idea to listen back on your recordings with a good set of headphones or cans as the pros call it. 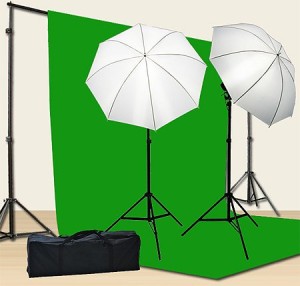 Most of the lighting I used for my movie would come from natural light, so I knew that if I was going to add any interior lighting, it would have to be at daylight temperature (5600K).

If you ever tried to use tungsten or halogen lights (3200K) and mixed that with the light coming in from outside … well it can look “sucky”.  The interior color would look correct, but the outside light would be ultra blue.  So, by matching the interior light with daylight temperature lightbulbs it would make the shots look normal.

I settled on using, believe it or not, the lights that came with a green screen kit I bought for some other video projects.  The big fluorescent light bulbs and umbrellas that came with the kit allowed me to cast a large fill light in all the indoor shots. 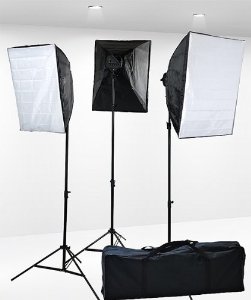 These are another option when going with inexpensive lighting kit.  Be warned, most of the knobs and stands are cheaply made, so be careful when setting them up and breaking them down.  They won't be able to take the abuse. 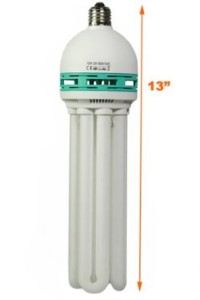 I made sure that I had backup bulbs, since these puppies can’t be found at the local hardware store.

In addition, I replaced all the house lights with ugly white daylight fluorescent light bulbs that I picked up at the Home Depot.  Those bright white lights sure make real life look ugly, but when the camera does the ol’ white balancing trick, it looks amazing.

The boom mic stand and the cheap lighting stands I had were in need of serious stability of not falling over.  Grab yourself some of these sandbags.  Now, here’s a trick to make sure that the sand stays out of these canvas sandbags.  Huh?  Let me explain, if you want to keep these bags travel worthy, pick up a package of play sand at Home Depot and scooped a few cups into a sealed Ziploc bag, that way the sand won’t leak out all over the canvas sand bag holders.

I have always wanted to make films from a backpack.  The ability to have all your gear stored into a convenient backpack, that is the kind of filmmaker I aspired to become.  Thank goodness for the DLSR revolution, because that dream is a reality. Easily stuff all you gear into one of these backpacks.  You can even shove your laptop into the open sleeve and have your editing gear right there at your finger tips.

*Full disclosure.  Film Trooper provides Amazon affiliate links on this resource page.  If you choose to purchase any items from this list, please know that Film Trooper will receive a little bitty bit of earnings for sending you to Amazon.  Cool thing is that you will NOT be charge any extra, it's just an affiliate commission for sending peeps like you to Amazon.  Every little bit helps and we thank you 🙂