“I only hope that we don’t lose sight of one thing – that it was all started by a mouse.” ~ Walt Disney.  I friggin’ love that quote.

Over the Thanksgiving weekend, I had the chance to visit the Disney Family Museum at the Presidio in San Francisco.  I had no idea what to expect.  Normally on family outings, I don’t put a lot of thought to things, especially when my wife is planning our events.  I just go along with the ride—like a good husband does.

But to my surprise, I was in for a real treat being a fan of Disney himself.

AND THE OSCAR GOES TO …

In the lobby they had 26 of the 32 Oscars that Disney had won over his career, including the famous Oscar statuette presented to him by Shirley Temple for the accomplishment on Snow White and the Seven Dwarfs.  Wicken cool.  I can’t say wicked cool, because that’s Boston speak, and I’m up in Northwest’s Boston, which is Portland, so I’ll use “Wicken Cool” instead. 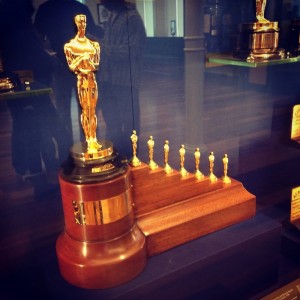 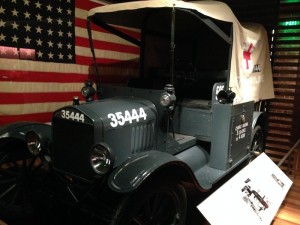 Anyway, as you hand your ticket over to the cashier, you enter a room with old family photos, early cartoon drawings, and the ambulance that Disney drove himself during World War I for the Red Cross.  An amazing humble beginning for someone who would go on and inspire generations over and over.

HOW TO BENEFIT FROM DISNEY’S EARLY FAILURES?

Why would I consider Disney the first Film Trooper?  Nothing really, other than I can bestow that honor on him, as his journey has always inspired me.

It’s obvious that Disney was more than a filmmaker.  He was an entrepreneur in the purest sense.  How can we benefit from the journey that Disney took to become … well, Disney?

Let’s start by observing the fact that Walt Disney’s early business venture was with his Laugh-O-Gram animated shorts, which he made in Kansas in 1920.  Walt ran the company into bankruptcy, as he incurred too much debt and not enough revenue to pay all his animators.

So, how can we benefit from this experience?  Even an over ambitious creative need won’t pay the bills.  I guess we have to make sure we don’t go into debt and just apply simple math to our businesses.

However, Walt had already started to produce the Alice Comedies before his Laugh-O-Gram company went in bankruptcy.  The Alice Comedies combined live action footage with animated cartoons.  Walt didn’t invent this technique, nope, he just added to an art form that had already made a splash in 1914 with Windsor McCay’s Gertie the Dinosaur.

Because Walt had continued to make content, he was able to take what footage he had with the Alice Comedies and head out west to Hollywood to join his older brother who was a banker.  Ah, now you’re seeing the connection.  Getting a small loan, Walt and his brother, Roy, formed the Disney Brothers’ Studio out of their garage to produce the Alice Comedies.

Responding to what audiences wanted and what a paying distributor, Universal, wanted at the time, Walt (along with the help of Ub Iwerks) created Oswald the Lucky Rabbit.  Disney just didn’t make Oswald cartoons, his company made merchandise as well.

LEARN FROM THE PAST AND APPLY WHAT YOU LEARN

Applying what a Film Trooper would do today, Walt reacted to the demand and created stand alone Oswald the Lucky Rabbit cartoons.  Stand alone cartoons were not enough, he created merchandise.

What sort of merchandise plans do you have for your film product?  Even during the early stages of the film industry, the “real” business was in the exploitation of the license.  If you’re not sure what I’m getting at, check out my other post, “Hollywood Isn’t in the Film Business”.

When Walt tried to negotiate a higher price for his Oswald cartoons, he was meet with the reality that all his animators (except for Iwerks) were under contract to producer Charles Mintz, who had sold the Oswald license to Universal.  Mintz would continue to make Oswald cartoons without Walt.  It took 78 years before the Walt Disney company could regain control of the Oswald license from Universal.

Walt had lost control of a character that he had created under his own company banner.

Now, what important lessons can we learn from this?  If Hollywood is in the business of license control and exploitation of that license, then why would you hand over your license to a third party distribution company?  Unless that distribution company has similar interest in what you wanted to do with your film in the first place, then you must question whether or not you want to give away control of your license.

But you know what these vampire-leeches don’t have?  The ability to create superior product.  Walt and Iwerks went back to the well and created Mickey Mouse.  And serendipitously enough, the arrival of the Talkie-Picture came into existence, so Walt just jumped on the latest, breaking invention and added it to his Mickey Mouse cartoons.  Walt figure out a way to “stand-out”.

So, what can we learn from this venture?  How can you stand-out in the endless sea of film products that inundate audiences on a daily basis?  What new technologies are developing that you could jump into? 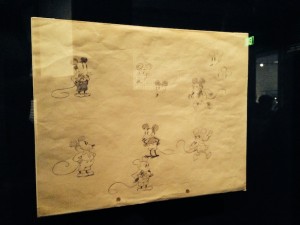 BUILDING AN EMPIRE IS ONE THING … MAINTAINING IT IS ANOTHER

Fast forward as Mickey Mouse becomes an instant celebrity and icon of the world.  How does Walt prevent history from repeating itself and not send his company into bankruptcy again?

This time he has his brother Roy with him.  Roy Disney was the perfect compliment to his showman-of-a-brother, Walt.  Roy was camera shy and reserved, the perfect demeanor for a businessman and former banker.

Besides Roy’s involvement, it was his relationship with another set of brothers, the Giannini Brothers, Amadeo and A.H. Giannini, a.k.a. “Doc” who had established the Bank of Italy in San Francisco before merging it into Bank of America.  “Doc” Giannini was keenly interested in Hollywood, and structured loans to help several of the film’s historic studios.

The fact that Disney had developed and cornered the family entertainment market lead to a powerful psychological “demand”.  The first impression for many young film goers would be Disney film products.  When that generation grows up and has kids of their own, they introduce their kids to Disney films.  The cycle repeats itself.  What other franchise has this repeat experience tied into it?  Star Wars?  Oh yeah, owned by Disney now. 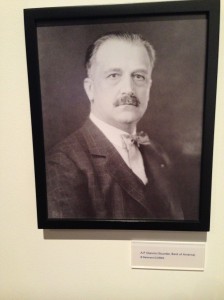 The Giannini Brothers investing in an industry that was on the upswing.  What industries are financial institutions backing now?  Is it the film studios?  Or is it the online content space?  App development?

Did you know that even the top tier agencies in Hollywood have begun to represent startup companies?  They can no longer just rely on star actor’s movie salaries.

So, what can we learn from this?  Even the great Walt Disney needed an equally great counterpart to handle the business affairs, and he had that with his brother, Roy.  On top of that, they had financial backing and belief from the Giannini brothers.

As an independent, what do we have?

How would Disney fair in today’s landscape?  Would he make unique family friendly content on the latest technological movement?

What would that be?  A YouTube experience?  Apps?  Games?

When you place history in context with present day happenings, it can be exhilarating.  Or is just me?  I get fired up by this stuff!

Why can’t we learn from the masters and learn from history to try and make our way in this world?  I’m trying, how about you?

Don’t go away empty handed.  If you haven’t already received your free gear guide, then be sure to get your copy.  This is an equipment list of all the crapola that I used to make a feature film with no crew.  Yep no crew.

I’d like to think Disney would just get on with it and just do it if he had access to the same equipment.  And now you can too!

Thanks for reading.  Leave a comment or join our community on Google +