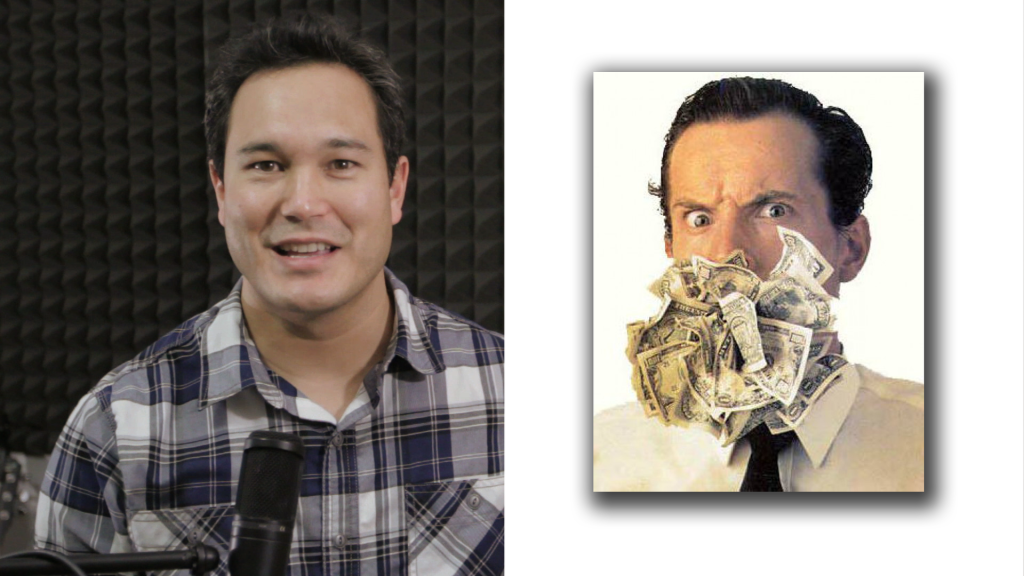 Originally, I thought that I could get a newsletter out to you on Thursdays … but then I woke up and smelled reality.  It’s going to be better that I send off the newsletter on Tuesdays.

It’s what the hyenas call, “biting off more than you can chew”.

So, here’s what you can expect from the Film Trooper newsletter this year …

1. SURVIVE THE HOLLYWOOD IMPLOSION
I’ll be sharing updates on all the marketing steps that I’ll be doing to sell the book out there on the inter-web.  The lessons learned from this process can be applied to selling any digital product … like your film.

2. HOW TO MAKE AN INDEPENDENT MOVIE:  CASE STUDY VIDEO SERIES
What I’m really excited about in 2015, is that I’ll be putting my money where my mouth is … Everything that I wrote about in the Survival Guide, I’ll be applying to the making my new feature film.

And you get to see all the steps that I take to either crash and burn … or earn a small medal for trying.

I’ll be creating a weekly video series detailing the process of:

3. FILM TROOPER FILM CURATION
In addition, each week I’ll share a review of a film that I think embodies what a Film Trooper film is all about.  These are simple films, usually shot in one location with minimal characters, but the filmmakers have used their creativity and storytelling skills to the fullest … regardless of their limitations.

4. PODCAST REFORMATTED
I’ll be switching gears with the podcast format, as it’ll primarily be a rebroadcast of my LIVE Google Hangout sessions, Film Marketing Fridays.

However, if I stumble upon an amazing guest that can provide tremendous value to you … I will definitely record an episode and publish it as soon as I can.

AND THAT’S IT!
I’m calling this, the year we “Survive the Hollywood Implosion”.  I think sharing with you all the steps I need to take to sell the book and make the new movie … will be the most beneficial to you as Film Trooper marches on.

Let me know what you think below … and tell me the one thing you’re wanting to know more about in 2015 as it pertains to your film?

Posted in Articles and tagged entrepreneur, film marketing, diy, film trooper, business, marketing, indie, independent, film
← 057: How To Be A Filmmaker By Helping Others with Darwin Carlisle of First Class ReelsHow To Make A Movie: A Film Trooper Case Study 01 – Why We Love Being Scared →